Beware of the DMCA! 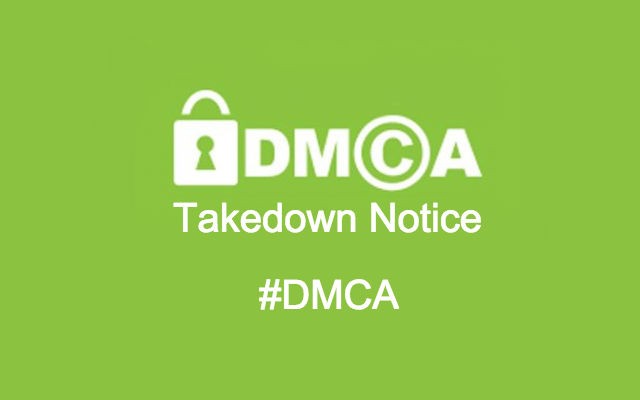 You have heard me preach in the past about copycat thieves that are out to make an easy buck off the backs of those that work hard to do it right. Here is my story about my close call when a DMCA take down threat was sent to me.

Being busy I floundered for more than a year to get my new website populated and finished. I had the navigation and structure setup and a ton of empty articles setup and ready for content but it was becoming a never ending challenge to find the time to set down and actually populate those pages so I could move forward and publish my new site. I was approached by a young freelance writer one day that offered to take the load off of me and set me up with all the content I needed to get my site finished. In the past I have always been put off by clients that hired a copywriter and now I found myself in their shoes, with no time and an urgent need to get this done. So I hired this kid and gave him a list of the pages I needed and he was kind enough to offer suggestions for other pages I might like to include and his ideas sounded great and content that I had not considered to write but was for services I did offer, so I engaged his ideas and gave him full control to help me put this behind me.

To make a long story short, we had a few back and forth over what he was writing but overall I was pleased with the content he had created (or so I thought). While much of the content was generally generic in terms of overall content, it all sounded good and I was relieved it had finally come to a point where I could publish my website and get back to work. Everything was going along great until a few months later I get a contact request from a gal claiming I stole all her website content. She went on about how I stated on my about me page where I claimed refreshing honesty and how I could make this claim when I stole her content word for word.

I was more than shocked when I read it but after searching through her site and making a comparison to what was published on my site it was clear that all this freelance copywriter that I hired did was go to her site and copy it word for word and those additional pages that he spoke of was not his ideas but pages he already knew he could deliver on that was the work of someone else. In due diligence I took down the offending pages and alerted the gal immediately of what had happened and made no bones about how sorry I was that this had happened. Of course that was not the end of it as one would suspect and while it leads into ranting I have to get this off my chest.

When I explained to this woman what had happened she replied in disbelief that I could hire someone to write my own content and without so much as coming right out and saying it called me a liar. I could only assume she was not going to let this go on face value and I replied explaining to her why I did it even though I should not have had to I apologies again. To no avail she replied again with even more aggressive tone and while I do not care to go into the details, suffice to say she was clearly feeling overly offended about it. After digging through the content I was left in shock that she could be so obtuse claiming loudly and threating a DMCA takedown of my website for content that was in no way some original creation or somehow special in any way. When in fact much of it was rather lame and without any real creative thought.

Regardless that the content was (for the lack of a better word) generic, the fact that it was word for word and that she could prove it had been written prior to it being published on my site. She could have without a doubt ran me over the coals for it. So head my warning and if you are at a loss for words and hire a copywriter to fill the pages of your website or article make sure you confirm the content is in fact original and not someone else’s copy. There are tools on the web designed just for this purpose and I will share a few with links for anyone that might find themselves in the same position. I urge you to investigate this prior to publishing your content and if possible do so before you pay a freelance copywriter any money! Since they are so cheap that they would stoop to this sort of behavior it is highly probable that you will never see a dime and likely you will never even be able to find or get ahold of them after the fact, such as in my case.

Here are some links to online copy test tools to help you:

When you subscribe to the blog, we will send you an e-mail when there are new updates on the site so you wouldn't miss them.

No installation plugin has been enabled
Microsoft GOD Mode

I am an all-around tech nerd with 25+ years' experience designing power user systems and networks and a passion for graphics and web development. My goal with this site is to bring all my knowledge into one place where I can easily manage it and anyone who seeks that knowledge can easily find it.

More posts from author
Sunday, 24 November 2019 Protect Yourself From COPPA!
Monday, 20 February 2017 How To Block Specific Sites In Google Search Results!
Tuesday, 07 February 2017 Finding the Right Software is a Challenge!